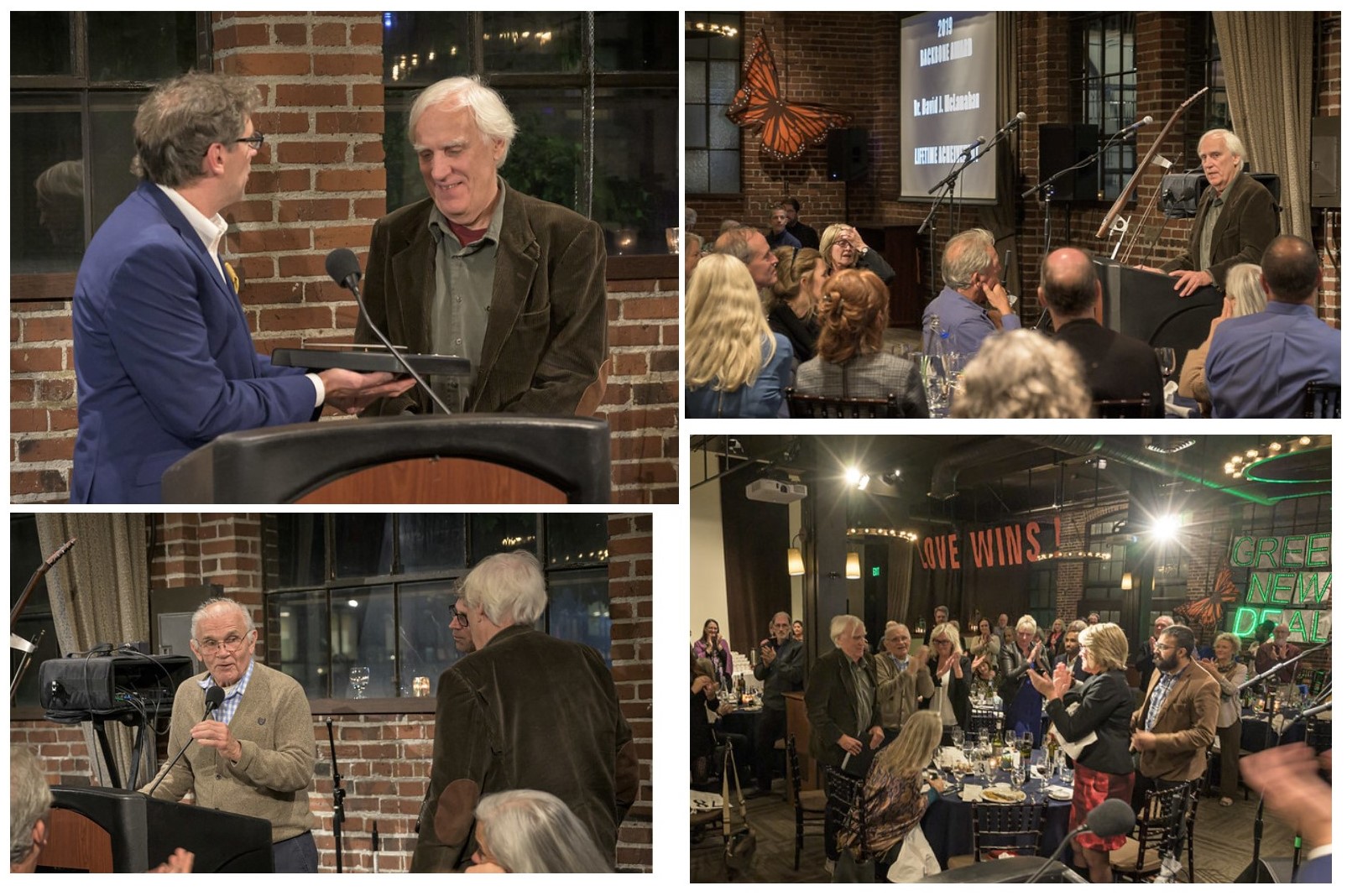 At our Solutionary Gala earlier this fall, in addition to presenting Backbone Awards to 3 activists and 2 elected officials, we were deeply honored to present a Backbone Award for Lifetime Achievement to Dr. David McLanahan.

Backbone ED Bill Moyer presented the Award to David for his "lifetime of bold action and broad impact in supporting the wellness of all human beings in all walks of life through unwavering dedicated compassion."

Dr. David McLanahan's story is truly remarkable and an inspiration, spanning at least six decades of activism. He is living testimony that what we do with our time and how we spend it matters; this time is sacred.

David's commitment to social justice is shown through actions that are impactful and grounded in truth: 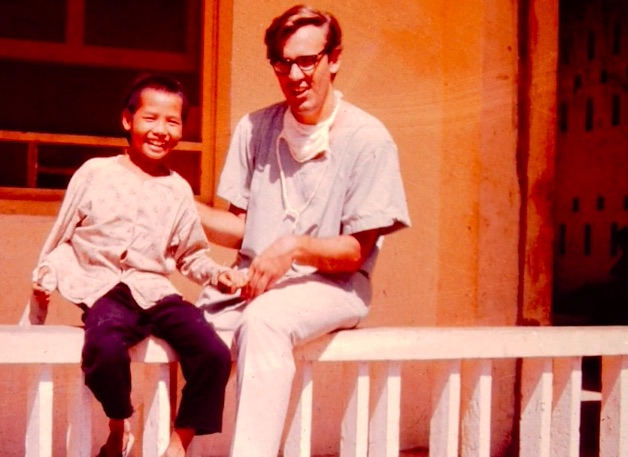 David is celebrated for his steadfastness, courage, generosity and modesty. Many who know him call him a Renaissance Man, as he was not only a respected surgeon and teacher, but is also an inventor, builder, documentary maker, organizer, designer, gardener, master cabinet maker, husband and father. He leverages his gifts for the benefit of all.

Backbone Campaign is honored to have David as a mentor, collaborator, supporter, and friend.  Thank you, David, for all you have taken on in your life and all you continue to do.

And we are grateful to his friend Mike Wilkins, who traveled from Kansas City, Missouri to attend the Awards Ceremony to speak about David and their 52-year friendship.

Watch the short video below featuring photos from David's journey and testimonies from some of the people he's touched along the way.

"If we want to make a difference in our lives, our communities, and our world, we have the responsibility to very consciously and very carefully choose how we create and act out our parts at each stage."  ~ Dr David McLanahan, to a group of graduating medical students 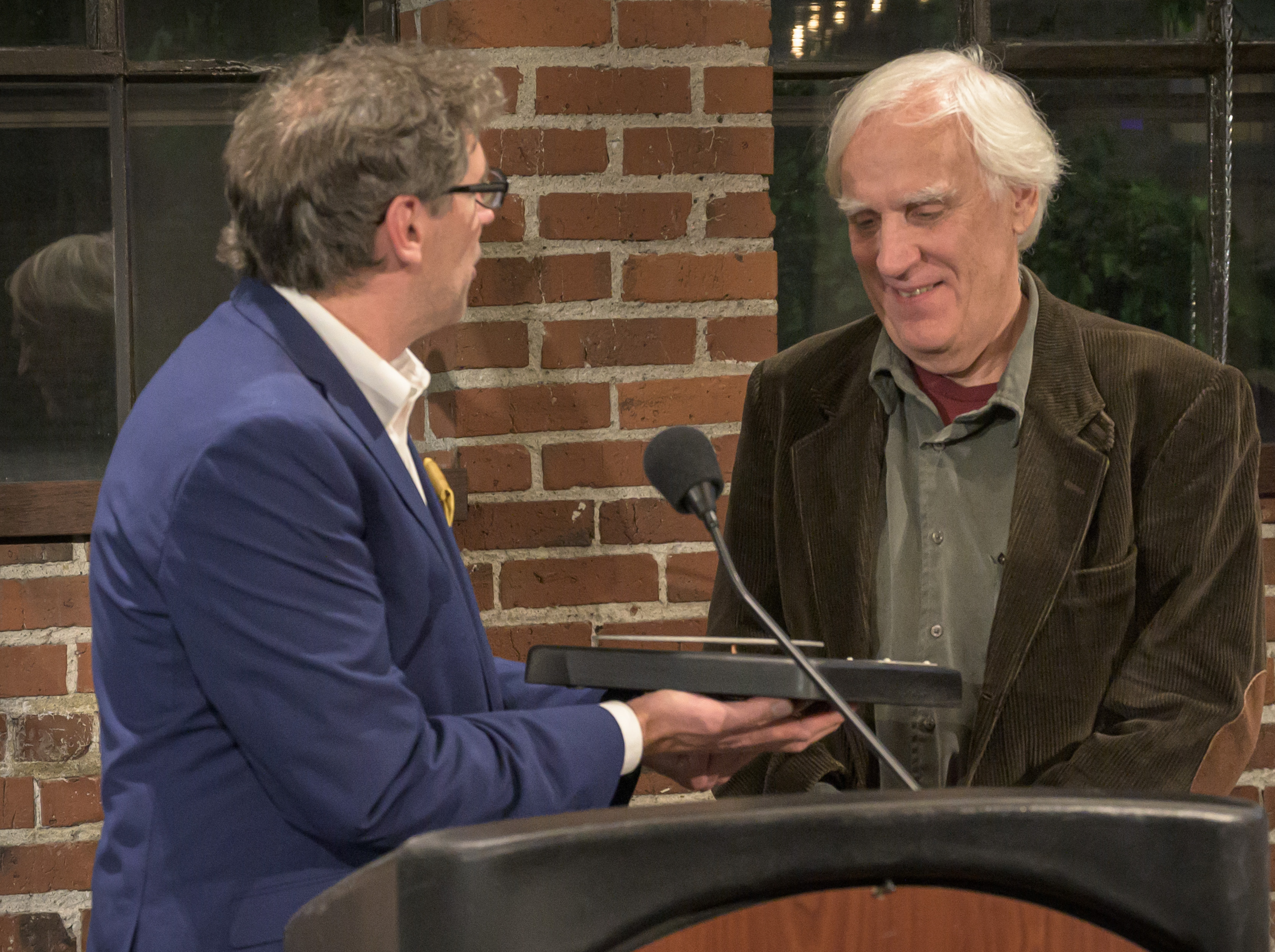